When my muse and her boyfriend saw the maroon walls and lively Caribbean theme which my brother had applied to his first bachelor pad, they skedaddled out of the South American setting I had placed them in, years earlier, and emulated it as part of their permanent residence back in the states.

The final drafts of Exit the Sand—the story in which they first appeared—carry the title, but hardly bear any resemblance to the original narrative. Chastity “Titty” Garfield and Freddy Burtis (then named Leyaní Garcia and Alfredo Muni) began avoiding phone calls from the once-leading character and became interested on venturing out only for costume parties and fine dining. For the most part, they stayed home. Freddy would cook, together they’d clean, then both would cuddle in bed and snicker over some pretty bizarre movies—some of my own invention.

The only other character I brought about occasionally was a cousin of Titty’s named Ardie, who was slightly younger than her and whom she treated affectionately, like a kid brother. Not long afterwards, I noticed that the manner in which Ardie felt towards Titty was similar to how I had looked up to my older, first cousin, who had passed away years earlier (Alex had been the Peter Pan of my childhood, and was admired by many for his courage, his sense of humor, and his adventurous spirit).

In 2005, when the opportunity arose to devise a scenario for a possible indie feature, I grabbed scenes and ideas I wanted to see most on screen, and polished them up before even considering what the story was going to be about. But the targeted budget and location restrictions became enormously resourceful towards reacting efficiently, as well as creatively. Greatly inspired by Luis Buñuel at the time, I tried to pace my images as he had done with his French films of the 1960s and 70s. (More on those events can be read about here.)

Nearly six years later, my homage to Buñuel stood to benefit from a new draft. This time, my imagination had a blank check and 100% freedom to explore many ideas I’ve longed to see and feel inspired by in a story.

I Am A Rock is a surreal coming of age comedy dedicated to filmmaker Luis Buñuel, musician and composer John Zorn, and filmmaker and author Alejandro Jodorowsky. What began as a 4,200 word count film treatment grew into a 27,000-plus worded scenario / screenplay hybrid for both film and graphic novel—the latter of which I intend to pursue in the near future. It was, without a shadow of doubt, the most enjoyable writing experience I have ever had. Besides its mostly taking place in South Florida, where Titty flies in to visit Ardie and her aunt (Naomi), the less specifics provided the better; although, you’ll find a little bit more info below. 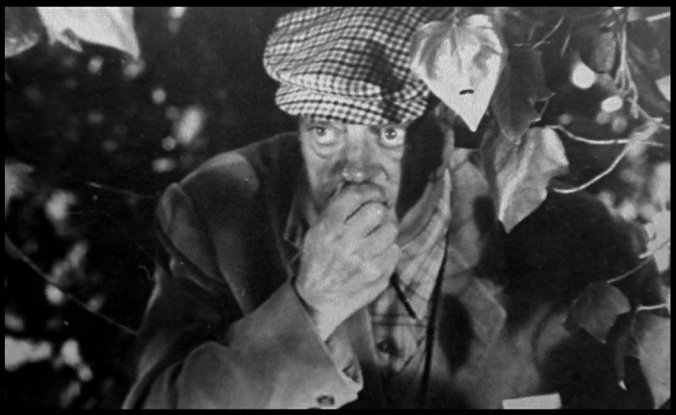 There has never been quite another film director which has inspired my hobby of writing more than Luis Buñuel. And I believe I can specify the reasons for my strong feelings for his work, especially of his last ten features (from 1961’s Viridiana to 1977’s That Obscure Object of Desire). His use of contradictions and surrealism—which was for some artists a movement “that sought to release the creative potential of the unconscious mind; for example by the irrational juxtaposition of images”—blended with his unmistakable rhythm and sense of humor, continue to push my overactive imagination off the cliff and demands it to fly. (While I revisited many of my favorite Buñuel films over the summer, I would have to say that The Milky Way (1969) was the one which inspired me most.)

Whenever I needed another door to open for me, upon my return visit to the world of I Am a Rock, I turned to the versatile works of John Zorn (Naked City, Masada), who had long ago inspired my transition from poetry to narrative fiction, with Exit the Sand; Elegy had been the primary driving album for that story, along with Vangelis’s El Greco. This time around, Xaphan (Book of Angels: Volume 9), which is performed by Secret Chiefs 3, is largely to thank for guiding me; and Trey Spruance deserves a lot of credit for his arrangements. Four other writing companion Zorn albums worth mentioning were Painkiller: 50th Birthday Celebration (Volume 12), Ipos (Book of Angels: Volume 14), In Search of the Miraculous, and The Satyr’s Play/Cerberus.

As one who agrees that “if art is not a medicine for the society, it’s a poison”, I must say that Alejandro Jodorowsky’s optimism, enthusiasm and creativity has been quite an influence in my life, ever since I heard his DVD commentary tracks for El Topo (1970) and The Holy Mountain (1973). (Incidentally, it has become nearly impossible for me to revisit either of those two titles without selecting the aforementioned audio, which I find much more rewarding and complimentary to his choice of images.) But it wasn’t his films that inspired my own project; rather, it was his contributions to the comic book medium (with masterpieces such as The Incal, The Metabarons, Madwoman of the Sacred Heart, and Son of the Gun. Watch the restored trailer for the uncompleted animation adaptation of The Incal here.) My own introduction to this body of work began with The Technopriests, which I must confess was swimming around in my mind the entire time while writing.

I Am a Rock’s story has changed a great deal since that 2005 film treatment. The role of Naomi’s boyfriend, whom I had turned to French leading man Alain Delon as a model, has been given a different name and a much more suitable personality. Having been the only actor-model I had used with which to sculpt a character, this time I gathered others from the last decade in which Buñuel worked, in order to invigorate everyone else within my imagination.

The part of Ardie’s mother (Naomi) is dedicated to Romy Schneider. Few actresses have ever moved me so. Delon and Schneider make a handsome pair, and had actually been engaged from 1959 until 1963.

Reexamining what had to be done with the Delon-inspired character (Caesar), I next turned to Buñuel regulars Michel Piccoli—one of my all-time favorite actors and an enormous inspiration to this story—for Caesar’s business associate (Tony), and Julien Bertheau for the head of Tony’s investment firm (the Cuban Jew, Emmanuel). Also, Macha Méril, who had starred in Buñuel’s Belle de Jour (1967), became my model for Titty’s mother (Fawn, a.k.a. Bambi).

Last but not least, I came to the conclusion that I had overlooked a curiously unmentioned and absent character. As I wondered what had ever happened to Ardie’s father, the answer came with the face of French New Wave icon Jean Paul Belmondo (as Sylvester).

From left to right. Julien Bertheau (in The Phantom of Liberty), Macha Méril (in Chinese Roulette), and Jean Paul Belmondo (in Le Magnifique).

While the reader is naturally free to imagine whomever they choose to see as the characters in this story, I think there might be some—including the aforementioned actors still with us—who might get an extra kick out of it, the way that I do. Hope you have a good time playing with it in your head. And please excuse the foul language. I can’t always control what you-know-who says.

For the free PDF file of I Am a Rock, you’ll have to enter through Bandit Country by clicking the image below. If Bedoya makes you feel uneasy, you can also read it on my Original Stories page. 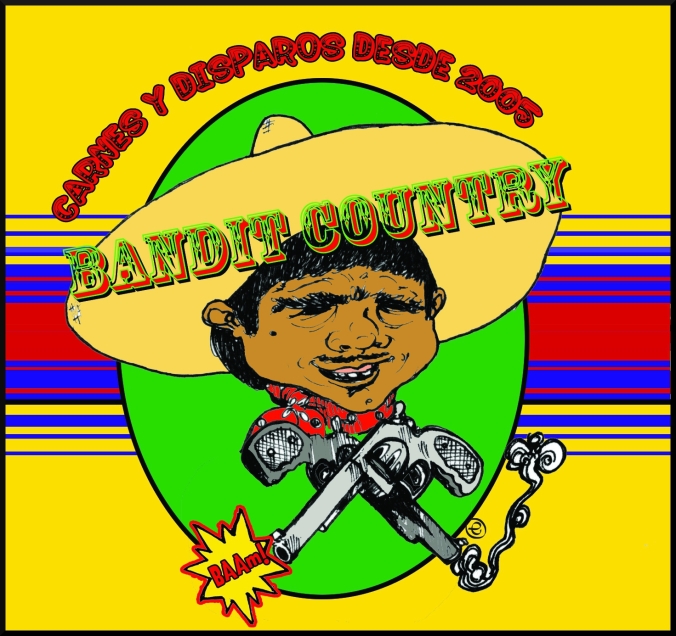 I Am a Rock is brought to you by Bandit Country. “Carnes y Disparos Desde 2005.” Home of the world’s best Mexican pizza! Illustration by Enio Acosta.

One thought on “I Am a Rock (for Luis Buñuel, John Zorn, and Alejandro Jodorowsky)”